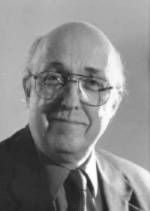 Cliff Hesse came to Kingsborough after more than a decade in broadcasting at NBC, WMCA and WNYC-TV. Upon his arrival at KCC, he designed the initial Broadcast Technology & Management program and continues as its director. Since his arrival, Dr. Hesse has continued to write (Paragon Award for commercials), and perform both on stage (numerous plays and musicals) and on screen (films in which he has appeared have garnered awards at Film Fest Ireland, the Canada International Film Fest, the Hawaiian International Film Festival and the Cannes Film Festival). Dr. Hesse is also a make-up coordinator for the Macy’s Thanksgiving Parade.

Selected Publications and/or Other Resources

Published in Journals of: